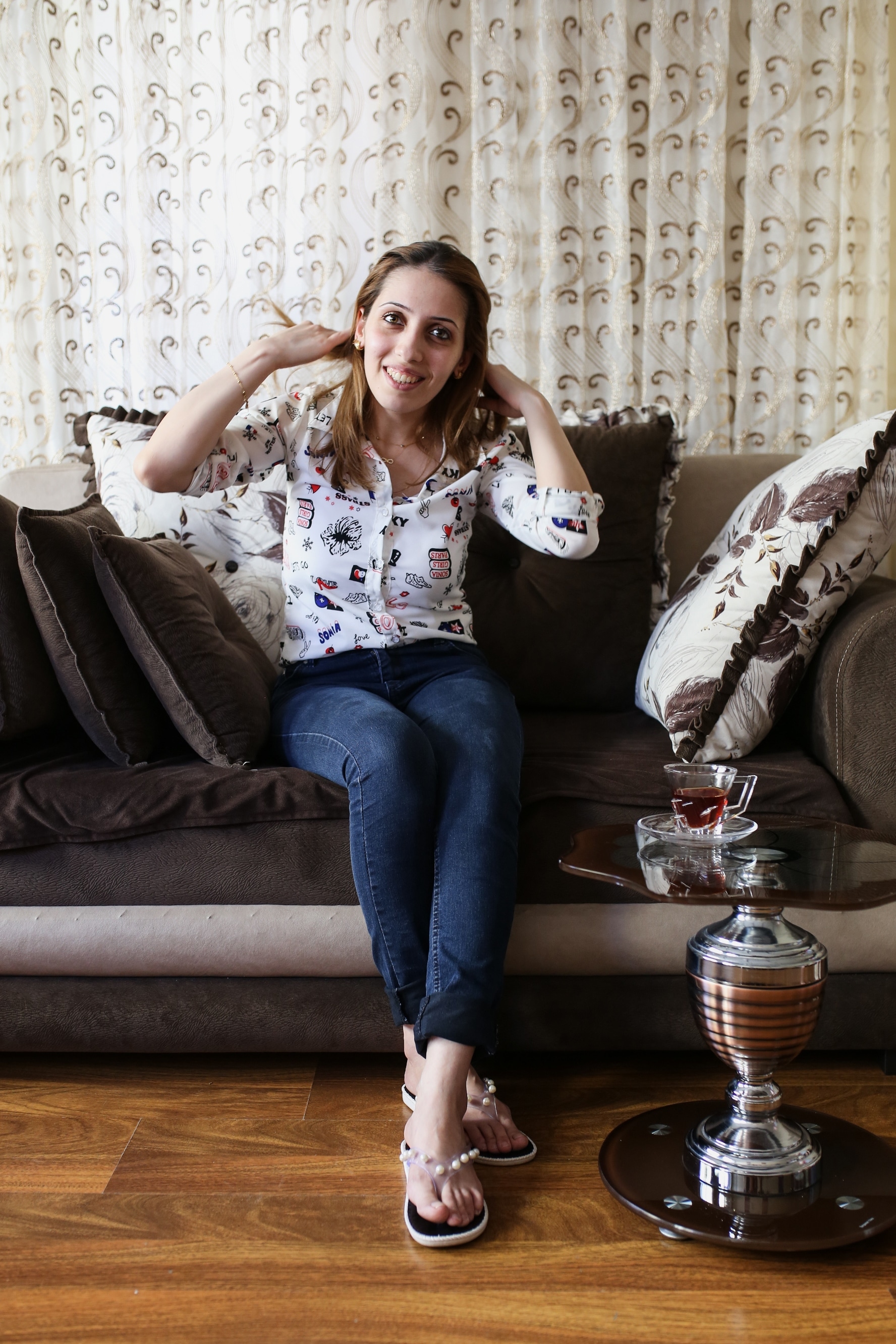 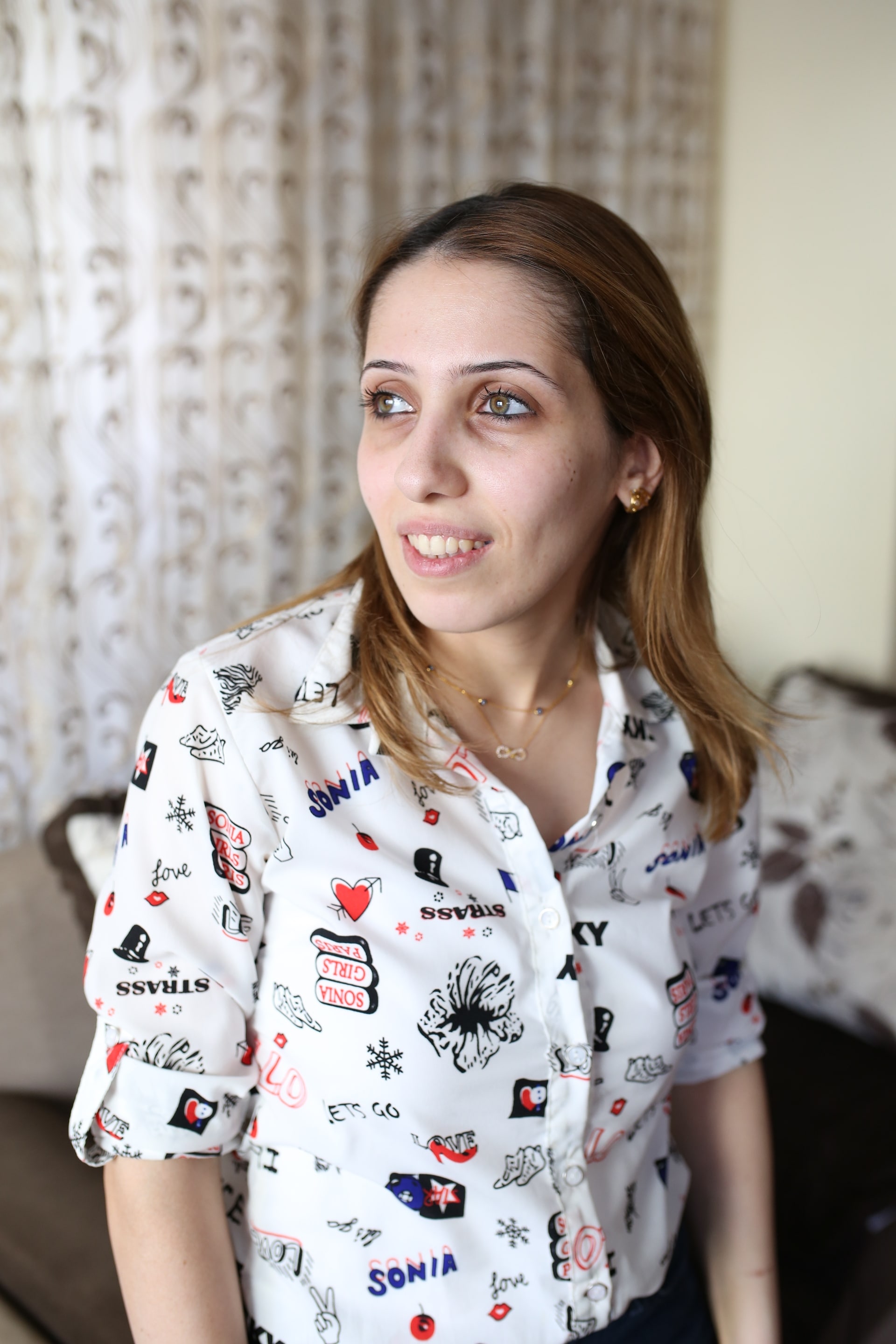 ‘I want to tell my story because I want to shine a light on the women of Iraq. I want the world to know what we have been through. People don’t know our struggle. Please, ask me anything. I want people to understand.’

‘I lived in Mosul with my husband and three children. I grew up in the city, had loving neighbors, and my favorite shops. I organized picnics on weekends and my husband ran three businesses. The rumors that terrorists were about to take over Mosul frightened me.

One morning I saw a red ‘N’ painted on our house; I knew they had identified us as Christians. We feared for our lives and my heart almost stopped the morning my husband saw a group of black-clad, armed men running down our street. That was the morning we heard bombs fall on our city.

‘Raghda, stay away from the window!’, my husband cried. ‘Hold the children!’ We hid and I felt this intense panic! ‘We can’t go outside, we can’t go outside,’ I kept saying to myself. The phone rang. It was my cousin. ‘The terrorists are taking women and children from their houses. If you don’t leave, they will take you with them.’ We were forced to choose – move into the violence, or wait until it found us.’

‘I looked around. For a second I wasn’t sure what to do. Then I put shoes on my kids as fast as I could and wrapped my two-month-old baby in a blanket. ‘We don’t need to bring anything!’ I yelled at my husband. ‘All that matters is that we’re safe until the terrorists have been driven out of the city.’ We walked into the street, while the lights in our house were still on. In the six hours that followed I witnessed the fall of the Iraqi army. I saw bombs fall. I saw buildings on fire. What I didn’t know then is that three years later we would not have returned.’

‘My parents-in-law took us in. It was so sweet, but difficult at the same time. A family with three children should have its own living space. My husband became depressed – and then after a few months, he had a job interview with Dorcas. I was so nervous! All day long I wanted to call him on the phone and ask how it went? He landed the job and he had mixed feelings. It required him to speak English, which he thought he couldn’t do. ‘Of course you can,’ I told him. ‘You’ll learn in no time.’ And he did.

The first paycheck enabled us to rent our own apartment. It had two bedrooms, a kitchen, a living room, but we had absolutely nothing to put in the flat. We slept on the floor under some blankets. We ate on the floor. We asked others to cook for us because there wasn’t even a stove.

But I felt euphoric, nothing else mattered. ‘We have a roof over our heads at least,’ I would say every night before the five of us lay down on the ground. I was relieved, but it is painful too because I realize that our fresh start is pure luck and right now other families still live in camps and are sometimes harmed by the terrorists. But it is human nature to grab an opportunity when it arises. I want a future for our children.

We bought a double bed with our second paycheck. The third and fourth checks went for three small beds for the children. After a year we had money to buy furniture for the dining and living rooms. I’m so proud of where we are now.

I can receive guests and be hospitable. We have options. If you have nothing, you have nothing to give. But we have the ability to share our flat with others again, such as a cousin who is living here with us because he has no other place to go. That’s how I want to respond to the privileges that I’ve been given. I’m never leaving here again.’ 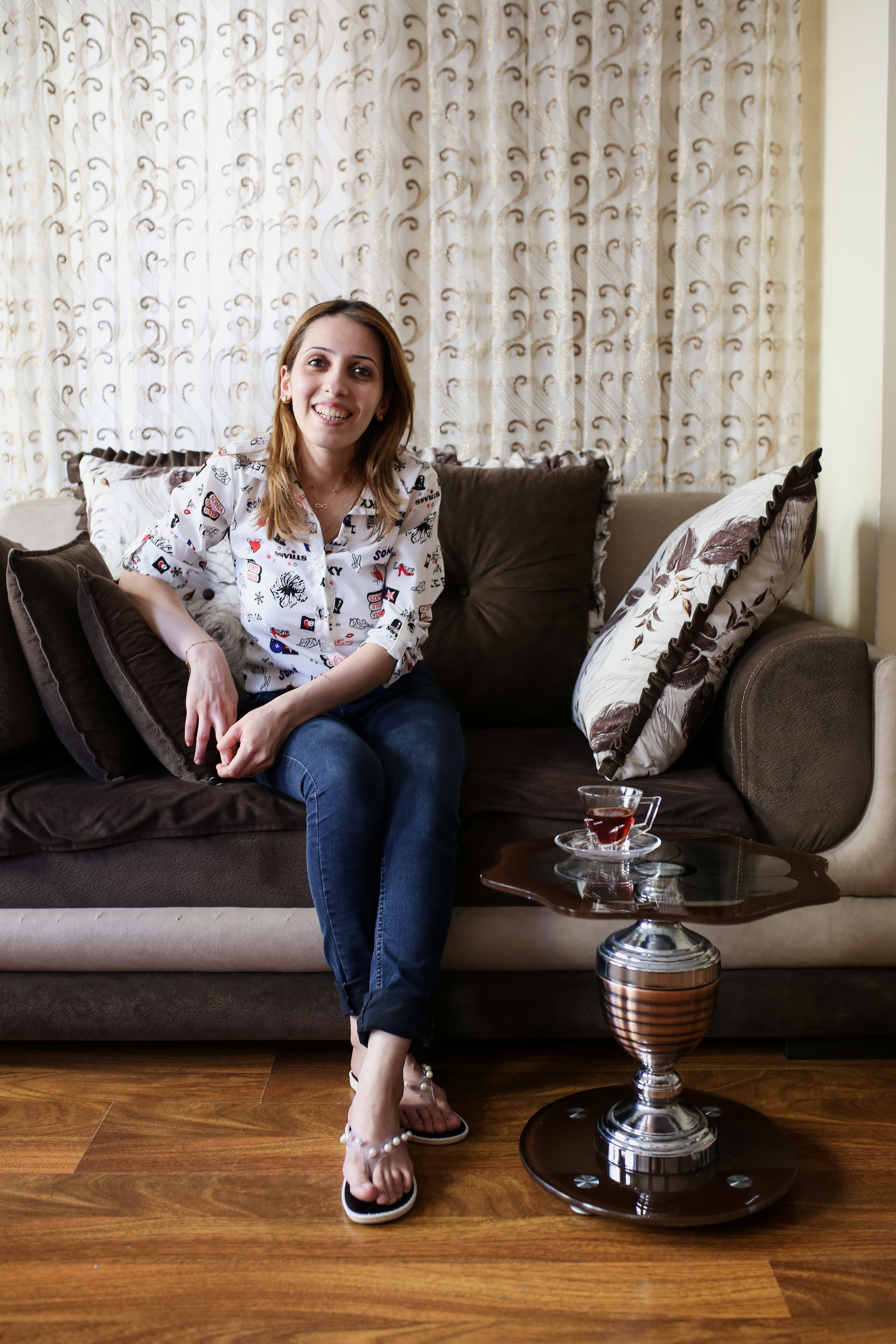